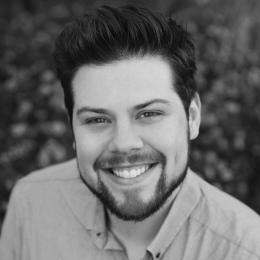 Matt Schrader is a three-time Emmy Award-winning producer and filmmaker, and director of the international hit film Score: A Film Music Documentary, a New York Times Critics Pick documentary, and series creator of the critically acclaimed Blockbuster on Apple Podcasts, which earned AdWeek’s award for Creative Podcast of the Year.

In 2014, Schrader left his job with CBS to found his production company, Epicleff Media, and produce and direct Score, which would become a breakout hit in its limited theatrical release, and become a #1 iTunes and Amazon documentary for five weeks. It also became the #1 most pirated documentary film of 2017, according to torrent downloading site ThePirateBay. Schrader’s directorial debut was named one of Oprah’s Favorite Things in O Magazine and qualified for Academy Award (“Oscars”) consideration for Best Documentary Film, and Recording Academy (“Grammys”) consideration for Best Music Film. It inspired the creation of a weekly podcast series, Score: The Podcast, which interviews leading composers and musical storytellers about their music in current films and television shows.

In 2019, Schrader announced on Score: The Podcast that he had secretly been working to smuggle a Korean-subtitled version of Score into North Korea as part of The Human Rights Foundation’s first cultural diplomacy mission in the country. North Korean refugees and defectors, including Ji-Seong-ho who was recognized at the 2018 State of the Union, praised the mission as invaluable to giving North Koreans a window to the outside world. In North Korea, state-created propaganda films that celebrate loyalty to the regime are commonplace, and citizens are prohibited from accessing outside culture, in some cases under penalty of death. North Korean refugee Yeonmi Park, now a human rights advocate and an expert on the country’s growing black market economy for culture, credited her own awakening and eventual fleeing from North Korea as a result of seeing a love story between a man and woman as depicted in “Titanic.” The HRF believes Score is unique as a cultural diplomacy tool to North Koreans seeking out black-market films, and believe the documentary can be an indispensable cultural ambassador for transforming North Korea from within.

Prior to founding Epicleff Media, Schrader was an award-winning producer and editor for news organizations including CBS and NBC. Schrader’s investigative journalism included reporting that examined California Governor Jerry Brown’s oversight of the California budget and overspending (who, on one occasion, called Schrader “a clown” at a press event), and $1.5M in property taxes mistakenly charged to residents of California, which Schrader’s reporting reversed. During his time at NBC, he produced pieces for DuPont-Columbia- and Peabody Award-winning investigative reporter Joel Grover of NBC Los Angeles. In addition, Schrader successfully launched an Emmy Award-winning “entertainment-investigative” franchise which focused on deep dives in Hollywood and the entertainment world beyond. His writing, reporting and editing has recognized and honored by local, national and international journalistic organizations, including the Academy of Television Arts and Sciences, Radio & Television News Association, Investigative Reporters and Editors and Los Angeles Press Club. He is a judge of the Walter Cronkite Awards for Excellence in Television Political Journalism, held annually by the Norman Lear Center at the National Press Club in Washington D.C.

Schrader is a graduate of the University of Southern California’s School of Cinematic Arts and Annenberg School for Communication and Journalism. While a student, he was an editor for the Daily Trojan student newspaper, and Executive Producer of the nightly Annenberg Television News, and launched a weekly Sports Extra program. His work won awards for best newscast and news website. He also helped to found the Southern California Business Film Festival, an international film festival co-hosted by the USC School of Cinematic Arts and USC Marshall School of Business.

Schrader grew up in Colorado Springs, where he worked as a high school sports beat writer for the 100,000-circulation regional newspaper The Gazette, and covered state championship games. He also worked on their Denver Broncos Sunday coverage team.

Schrader is a recurring guest on Score: The Podcast, and is producing several independent film and television projects, including an upcoming feature for Epicleff Media, and several scripted narrative podcast series.